It seems appropriate to resurrect a dead blog in the month that hosts Halloween!

A couple of weeks ago Valerie had a conference in Fort Collins, Colorado so we decided to take advantage of the location and turn it into a vacation. We hit a few reservoirs in the Fort Collins area before heading up to the Hereford Ranch in Wyoming. The Timnath Reservoir by far had the most activity. Highlights-Hundreds of Canada Geese, 5 Redheads, 330 Western Grebes, 6 Clark’s Grebes, 40 Bairds Sandpipers, 8 Franklin’s Gulls, 1000+ Double-crested Cormorants, 5 Say’s Phoebes and a Sage Thrasher.

Our next stop was to the Hereford Ranch in Wyoming. I birded the area with fellow Western Mass birder Geoff LeBaron the day before. Geoff was also out in Colorado while his wife was attending a conference in the Denver area. With all the thickets, trees and water around the ranch buildings it’s a prefect migrant oasis in the middle of the farmlands. Some of the highlights- 4 Western Wood-Pewee, Red-breasted Nuthatch, Green-tailed Towhee, Orange-cr Warbler, MacGillivray’s Warbler, 2 Townsend’s Warblers and an Olive-sided Flycatcher. From the ranch we traveled some of the local back roads around the area. We encountered a couple dozen Vesper Sparrows and a Lark Bunting!

The next day we worked our way from Fort Collins up through the mountains to Walden. On the way to Walden we encountered Steller’s & Canada Jays, Gray-headed Junco, White-cr & Fox (Sooty) Sparrows. After checking into our motel in Walden we drove out to the Coalmont area looking for Sage Grouse, but not too surprising, we didn’t come away with any, but clearly the highlight for the both of us was a Badger digging around on a nearby hillside. This was a life mammal for the both of us!

The next morning, we headed out early from our motel in Walden and headed over to the Arapaho National Wildlife Refuge-“The Auto Loop”. This loop produced a ton of ducks, plus White Pelicans, Golden Eagle, Northern Harrier, Merlin, Peregrine, Avocets, Bairds Sandpiper, Brewer’s Blackbirds, Yellow-headed Blackbirds and a bunch of Vesper Sparrows.

After Walden we made our way to Rock Mt. National Park, our final stop of the trip…. I paid a visit to the park in the mid 1990’s but this was Valerie’s first visit. We happen to time our visit just right, it was peak foliage time at the park. Now the foliage was nice, but certainly couldn’t compare to New England’s Foliage, but then again, we don’t have the mountains that Colorado does, so I guess things even out. We spent three days exploring RMNP and encountered the usual suspects (Steller’s & Canada Jays, Mountain Chickadee’s, Three-toed Woodpecker, Golden eagle, sage Thrasher etc) around the park, but despite a decent evert we couldn’t locate a White-tailed Ptarmigan. The other cool thing we happen to time was the Elk rutting season at the park. We were afforded excellent views both in the park and in downtown Estes Park, and of course the bugling of the males was a bonus.

We had an excellent week in Colorado and would not hesitate to go back. 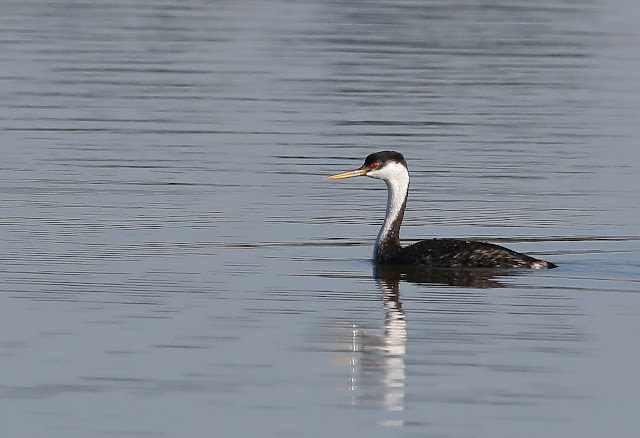 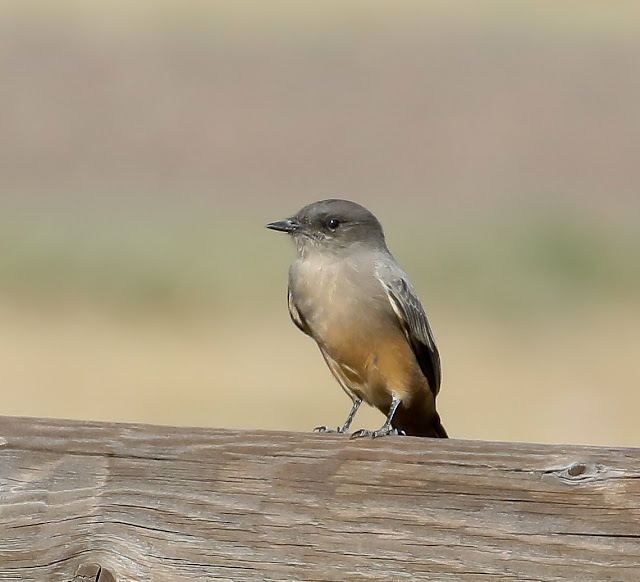 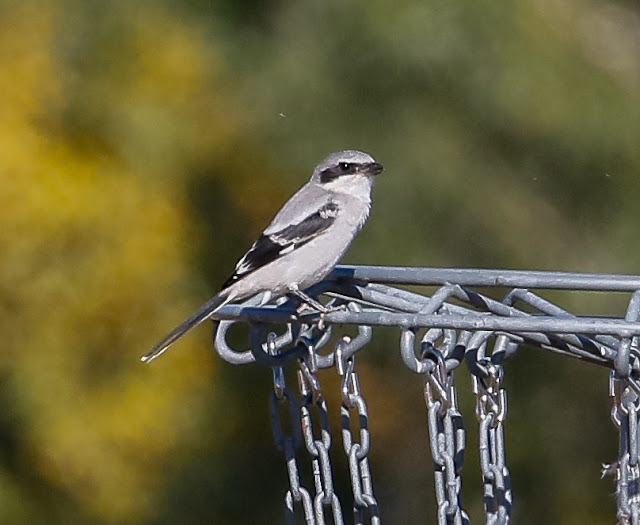 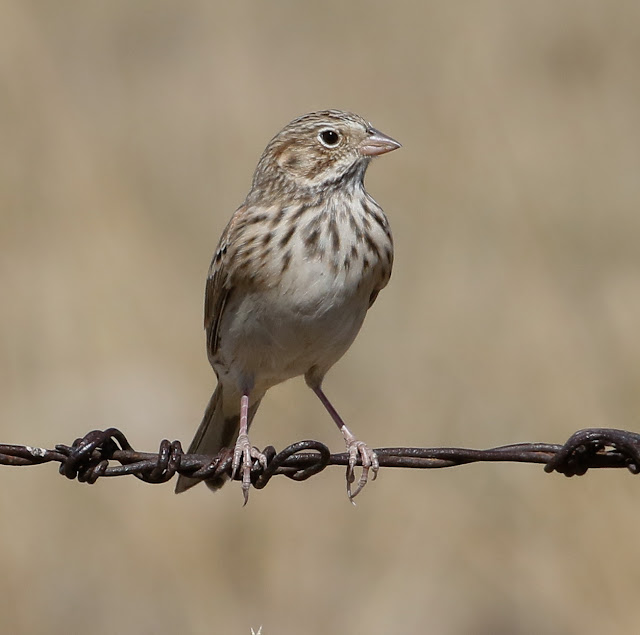 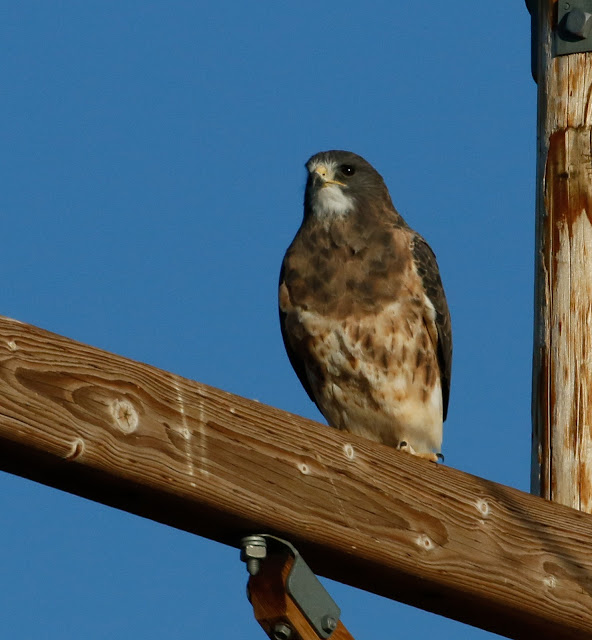 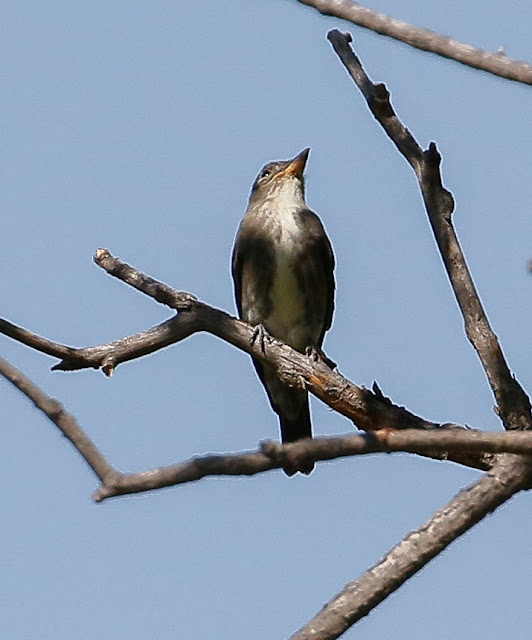 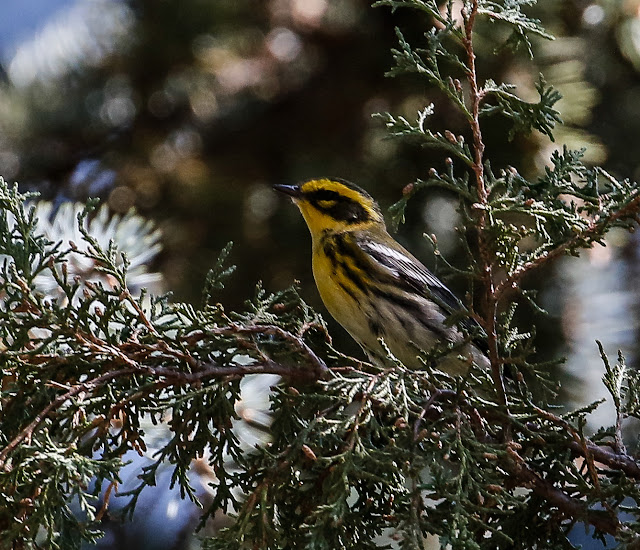 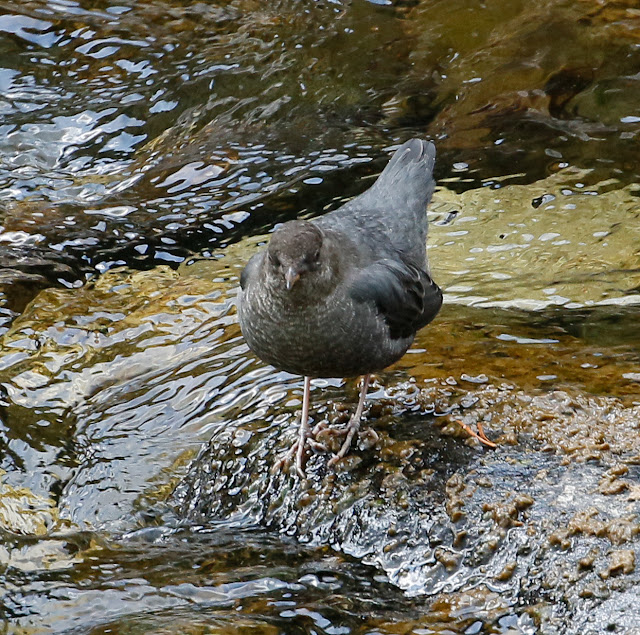 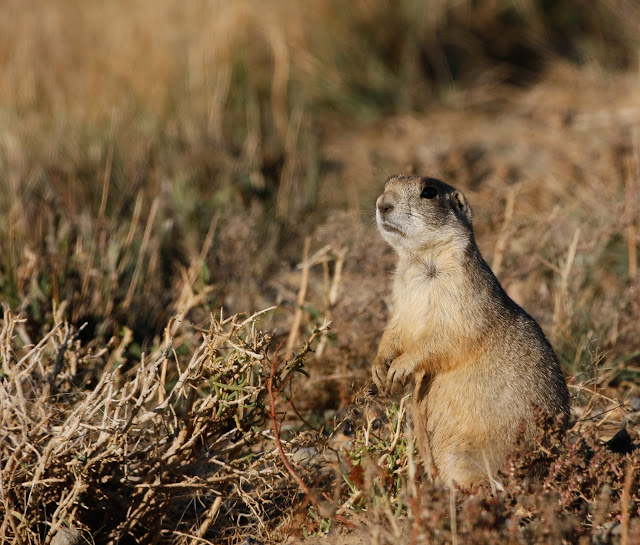 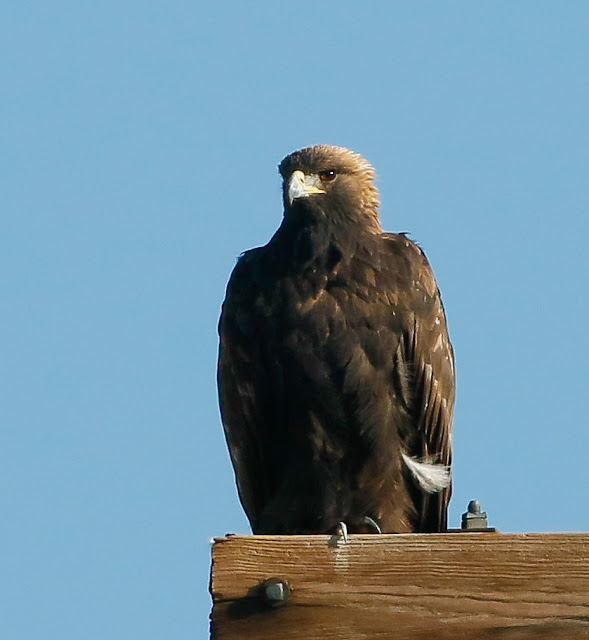 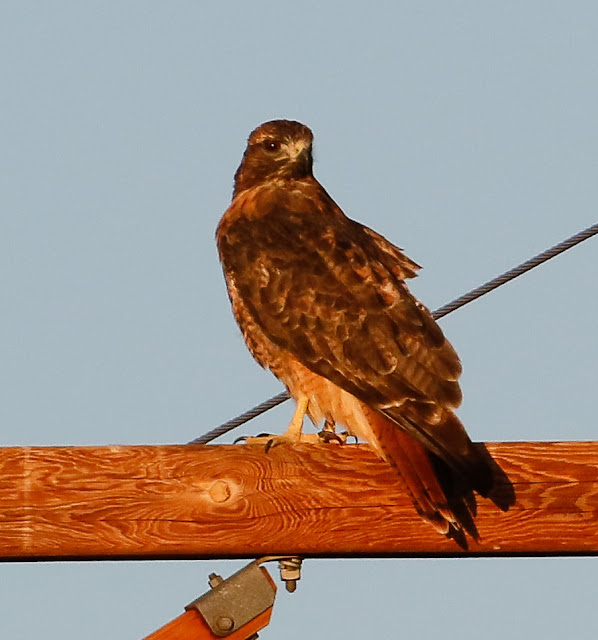 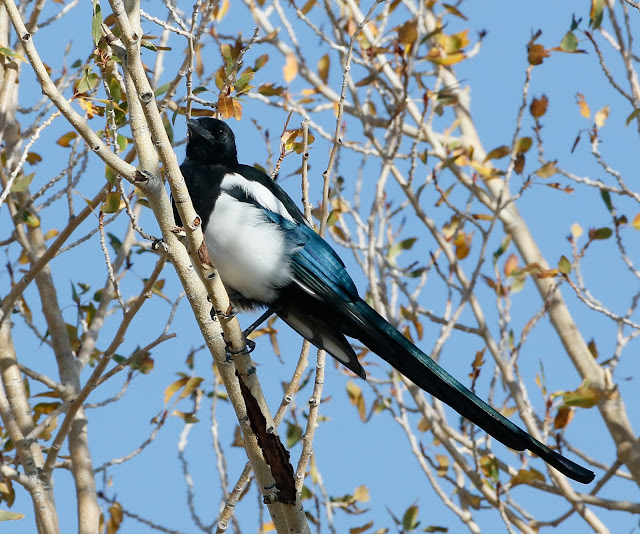 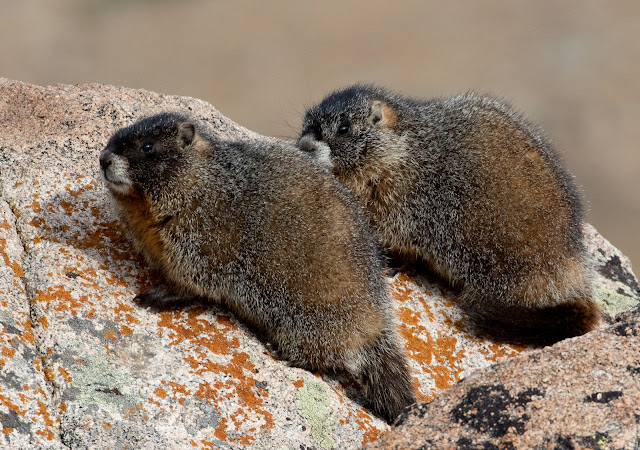 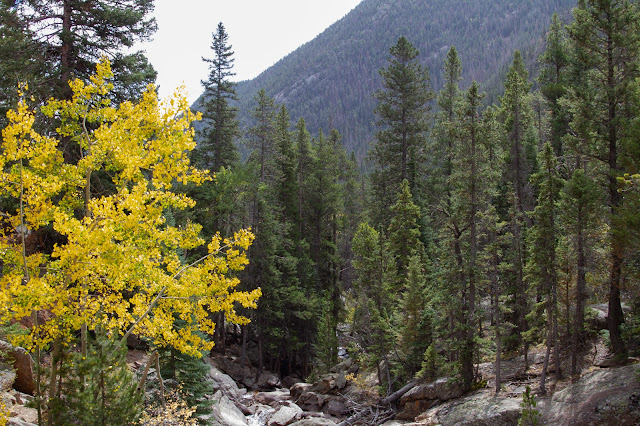 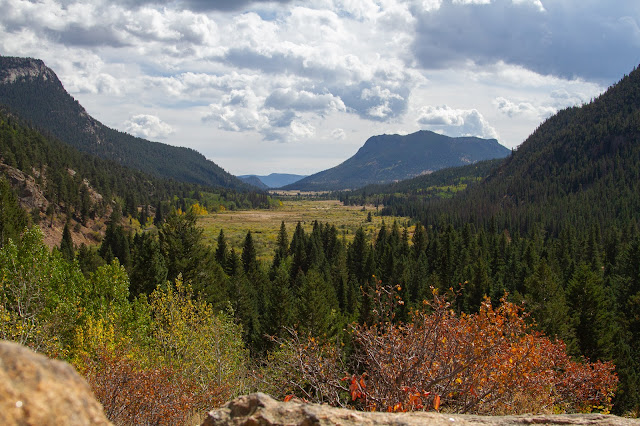 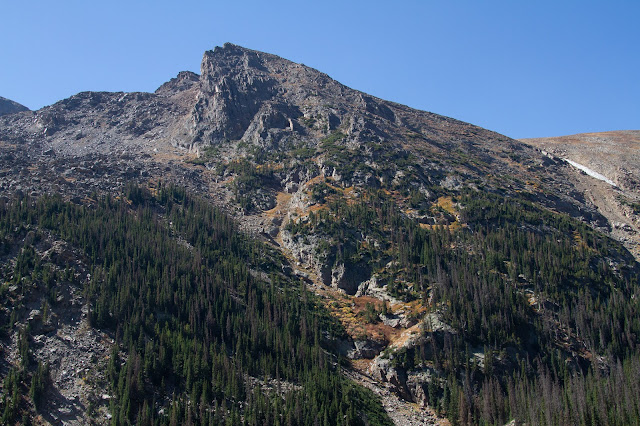 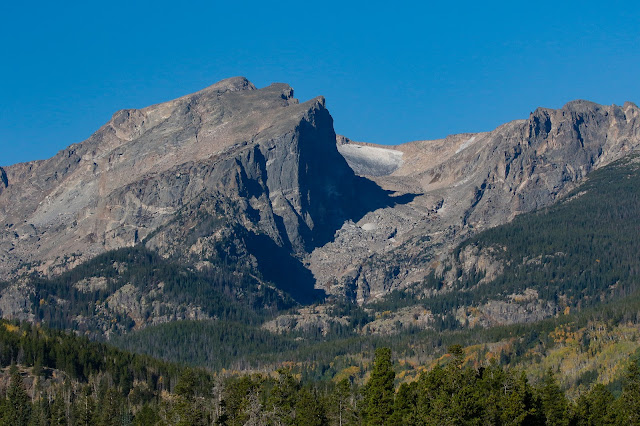 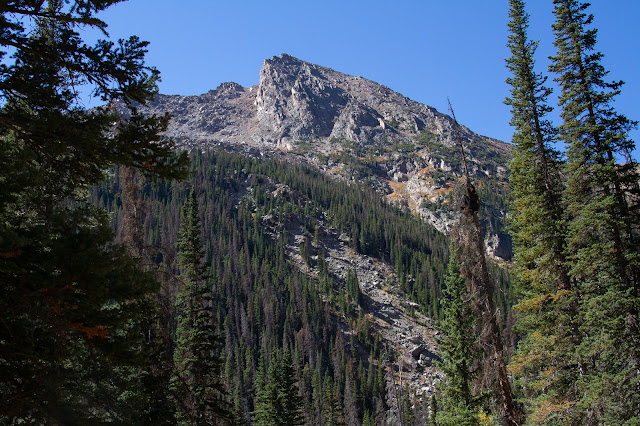 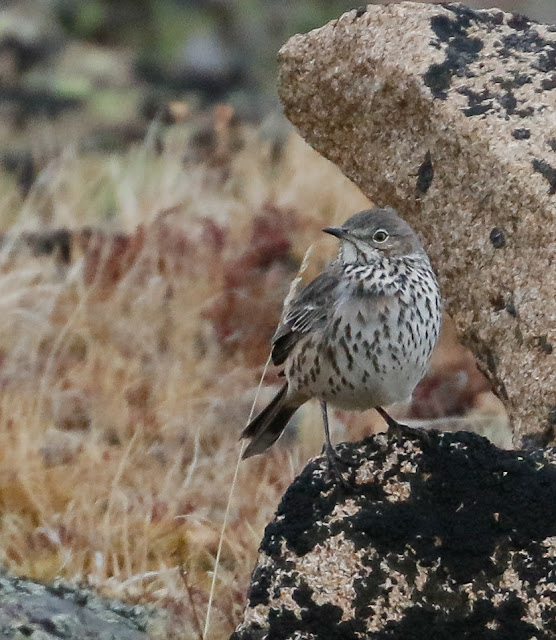 Sage Thrasher- surprised to see this guy at the top of Rocky Mt. N.P 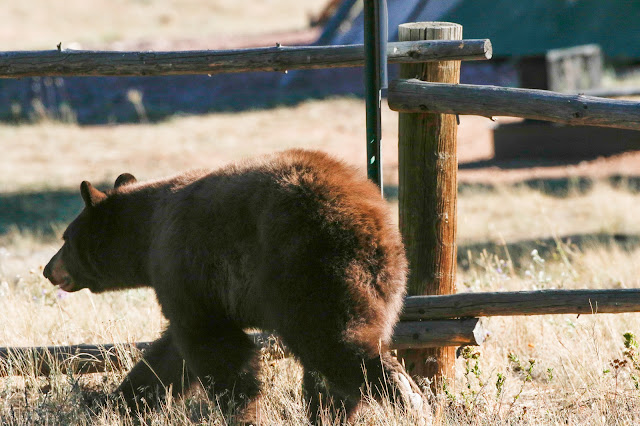 Bear-This guy cross right in front of us on the main road into the park! 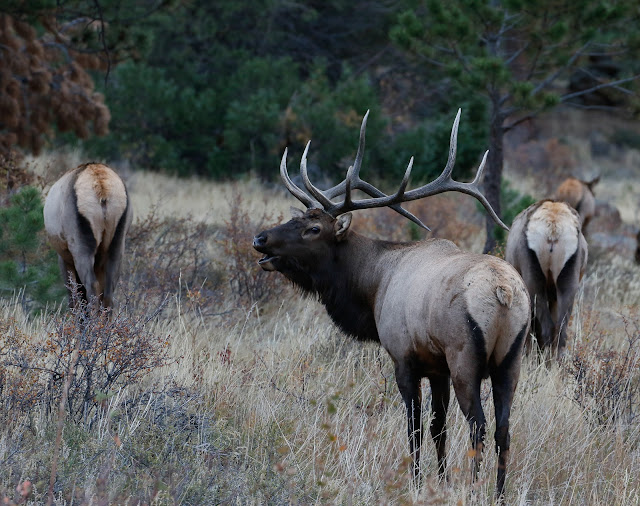 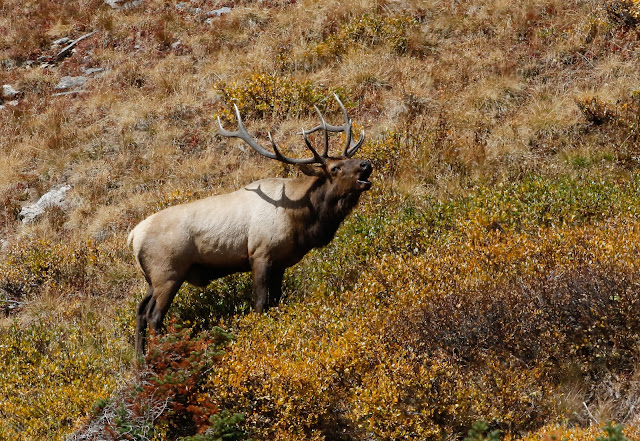 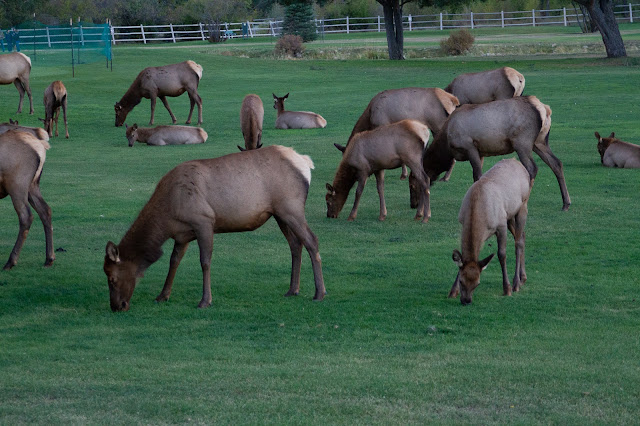 Elk-grazing on Estes Park Golf Course....Grounds keeper must love this? 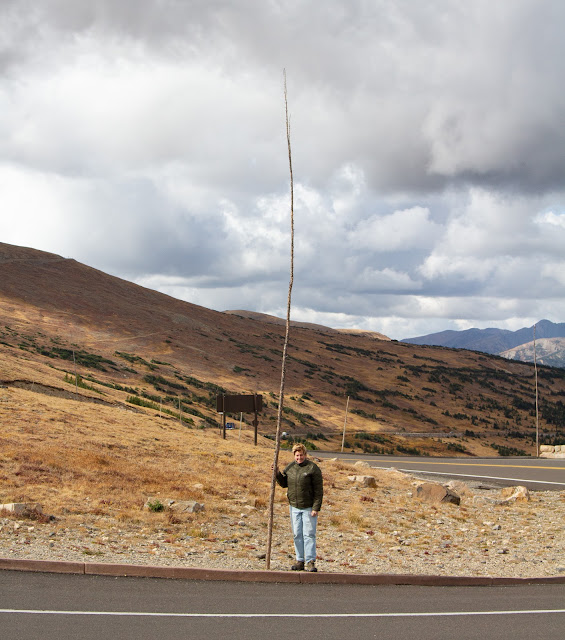 Valerie standing next to Snow Pole. These poles were being installed while we were at the park. These poles help the snow plow operators find the road during the winter! How much snow does this park get?